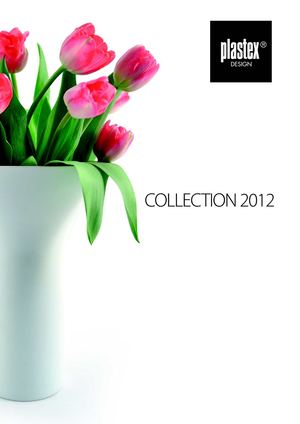 Professor Eero Aarnio (Born. 1932, Finland) is world famous for open and enthusiastic will to try new and plastic manufacturing is close to his heart. For Plastex Eero Aarnio has designed Evergreen series.

His famous ballchair from the 1960´s is one of the icons of the design world. From consumers point of view Aarnio´s smooth, harmonic and expert design brings joy and ideas to daily living. Cooperation with PlastexDesing started couple of years ago and is ongoing and expanding with new products.

Eero Aanio has many times been awarded around th world during his long career. Latest awards are Compasso d'Oro in Italy and Kaj Frank design award in 2008 in Finland. His works are being exhibited around the world and his design works are showcased permanently for example in Museum of Modern Art - MoMA in New York,  Victoria and Albert Museum in London, Centre Georges Pompidou in Paris and Bauhaus Museum in Sydney.

Designer Kitta Perttula (Born 1979, Finland) is the first Finn who has a degree in Master of European Design and Art. It is from the year 2006. She has also done studies for example in Sweden and Germany.

In July 2007 Desing Forum Finland chose Kitta Perttual as designer of the month. His design works has been showcased in Finland, Sweden, Germany, France, Russia and Canada among other countries. She has worked for Philips, Mercedes-Benz, Nokia, GlaxoSmithKline, Scania, Suunto, Valmet, Rörstrand, Orrefors and Ruukki.

SASA SatulaSanko is designed by her. It is a very inspiring example for new plastics design.

He studied and pushed boundaries in art, design and architecture and in the year 2001 New York times announced Gershwin Hotel´s facade sculpture as new landmark of Manhattan. Year 2002 Stefan wrote and directed his first movie to DNA Finland. Couple of years later he was awarded by London Kerrang! "Best music video in 2004"  from his music video "Funeral of Hearts" by HIM.

There are no products matching the selection.